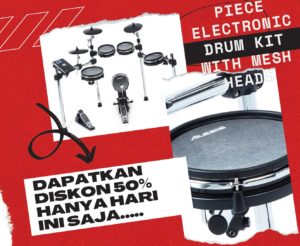 Long before the advent of the positive movement in psychology, researchers were interested in what makes people happy. The concept of health is more than the mere absence of illness: it contains mental and social well-being. Debates around the importance of genetic disposition, material possessions, social relationships, family support have surrounded the concept of happiness. More recently concepts such as well-being, resilience, engagement and flow have been added to the mix. We could ask, why the flurry of interest in happiness? Classic philosophers like Nietzsche, Kant and Schopenhauer were preoccupied with the meaning of life, the angst that went with the human struggle to exist, and today we are all looking for an illusive perpetual state of happiness. Psychologists often refer to it as a subjective well-being. There is no evidence to say that we were happier 20 or 50 years ago but there is also no evidence to the contrary. However, there has been an increase in suicide, substance abuse, divorce and depression. To turn that around we will need to tip the balance from despair and poor well-being to more positive ways of valuing and enjoying our time on the planet.

Our greater material wealth has not made us happier. For example, Diener and Lucas (1999) and Myers (2000) reported that although personal income has doubled over the previous 50 years in the United States, personal happiness has remained constant. They concluded that we should focus on the human rather than the material. Ed Diener, from the University of Illinois, who is known as the ‘father’ of the study of well-being, points out that there is no single factor that makes everyone happy but there is a range of strategies supported by research which can contribute to achieving happiness.

Generally, having a purpose gives us meaning and also a sense of personal control. Sonya Lyubomirsky at the University of California reviewed 225 studies of happiness and found that happiness leads to success at work, relationships and health, not the other way round. Happy individuals seek new goals in life. That also means that by teaching goal-setting as an intrinsic activity you can contribute to a probable sense of happiness and well-being. Mihaly Csikszentmihalyi(1990) has promoted the concept of flow: when the individual is so absorbed in what he or she is doing to the point at which they cease to be conscious/aware of their surroundings and a sense of time, he describes that as a state of happiness. Diener says don’t make a big deal of trivial hassles, instead make a habit of noticing good things.

Thus the strategies, both cognitive and action-based that contribute to happiness, include:

Related Posts of "Resilience and Happiness"